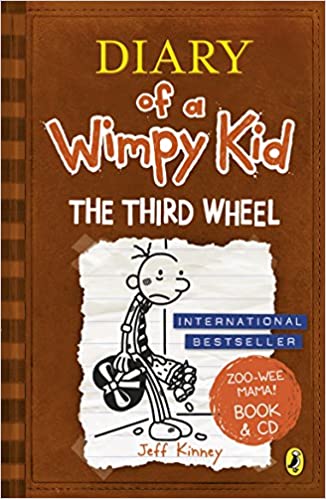 Diary of a Wimpy Kid: The Third Wheel By Jeff Kinney

Based on the adventures of a little boy called Gregory Heffley or Greg, the series of stories, ‘Diary of a Wimpy Kid’ has been described as a ‘novel in pictures’ that have specifically been designed for the age-group between eight to twelve.

In this particular story, Diary of a Wimpy Kid: The Third Wheel, the protagonist is on a quest to find a perfect date for the year’s Valentine’s Day dance at school. His best friend Rowley, who is also the social chairperson of the committee, offers his help and sets him up with Abigail Brown.

After a series of events and flurry of activities, the dance is finally here. However, everything turns topsy-turvy when Greg notices his date coming down with chicken pox. What will Greg do now? Will he freak out or be able to keep his calm? After all, this was certainly not what he had planned for this special night.

A hilarious foray into a little boy’s life, this novel has been written in a diary format with hand drawn doodles and written notes.