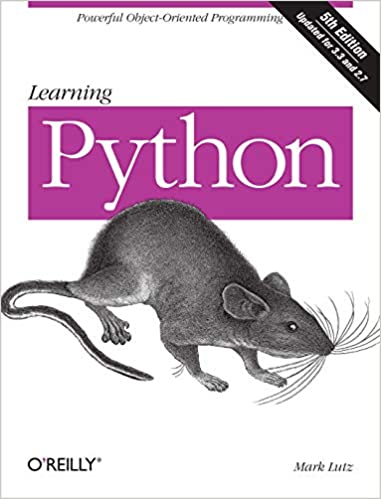 Learning Python is best python programming book with some advance python features and in-depth introduction to the core Python language with this hands-on book by David Ascher and Mark Lutz, published in 1999.

Get a comprehensive, in-depth introduction to the core Python language with this hands-on book. Based on author Mark Lutz’s popular training course, this updated fifth edition will help you quickly write efficient, high-quality code with Python. It’s an ideal way to begin, whether you’re new to programming or a professional developer versed in other languages.

Complete with quizzes, exercises, and helpful illustrations, this easy-to-follow, self-paced tutorial gets you started with both Python 2.7 and 3.3— the latest releases in the 3.X and 2.X lines—plus all other releases in common use today. You’ll also learn some advanced language features that recently have become more common in Python code.

Data Structures and Algorithms with Object-Oriented Design Patterns in C#

Data Structures and Algorithms with Object-Oriented Design Patterns in Python